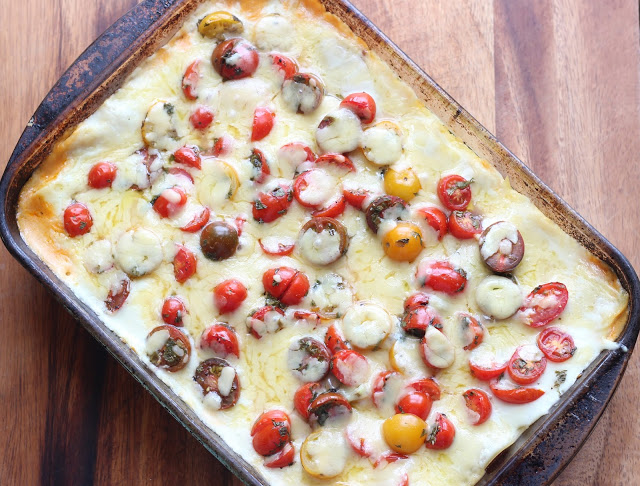 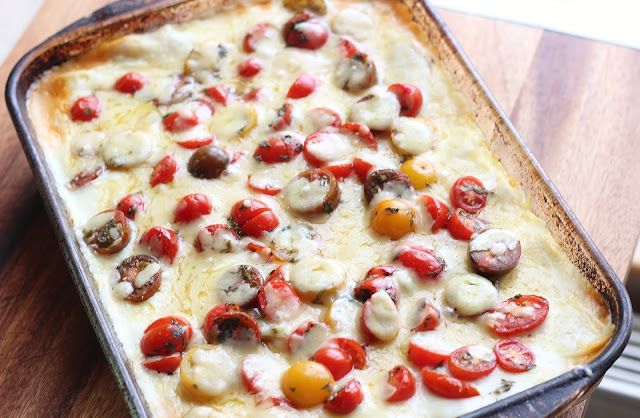 This
is my twist on the family classic. The smoked paprika and sweet chill
makes it so much better.
Ingredients
800g
of beef mince
800g
of pork mince
2
onions peeled and sliced
2
sprigs of rosemary
100g
of smoked bacon lardons
2tsps
of smoked paprika
2
heaped tablespoons of tomato puree
2
tins of plum tomatoes
4tbsps
of sweet chilli sauce
300g
of dried lasange sheets
70g
of parmesan for grating or grated cheddar
400g of mixed cherry tomatoes halved (optional)
For
the white sauce
150g
of cheddar cheese
600ml
of milk
35g
of butter
50g
of plain flour
Method
Start
off by cooking off the onion, bacon and rosemary in a large hot sauce
pan for 1-2minutes on a medium heat with some oil. Now add in the
beef and pork mince, turn up the heat and cook out them both. You’ll
need to let any of the liquid from the mince reduce and then allow to
fry again until the mince is golden and brown in colour. The more
colour you get on the mince at this stage the more flavour you will
get.
Once
colour is achieved add in the tomato puree, and smoked paprika and
cook through for 30 seconds.
Now
add the tinned tomatoes and sweet chilli sauce and allow to cook out
for 20-30minutes until reduced and thick on a medium heat. Season to
taste and set aside until ready to asemble.
For
the white sauce
Preheat
the oven to 190oC for baking the lasange. Heat the milk in a saucepan
to start. Then melt the butter in a seperate saucepan and then add
the flour. Cook the flour and butter on a mdeium heat for 2-3mins
until smooth stiring with a wooden spoon. Now add the hot milk slowly
stirring everytime you add it until you get a thick white sauce. Take
it off the heat and finish with the cheddar cheese.
To
Assemble
To
assemble the lasagne, spoon a third of the Bolognese into the bottom
of an ovenproof dish (roughly 25cm x 30cm), then follow with a layer
of lasagne sheets and a third of your white sauce. Add another layer
of Bolognese and repeat the process twice more, finishing with a
layer of white sauce, then the tomatoes if using and then grate over the top with Parmesan or cheddar.
Drizzle with olive oil, cover with tin foil, then place in the oven
for 20 minutes. Remove the foil and cook for a further 15/20 minutes
(at the same temperature), or until golden brown and bubbling at the
edges. Serve with a lovely fresh green salad. Enjoy 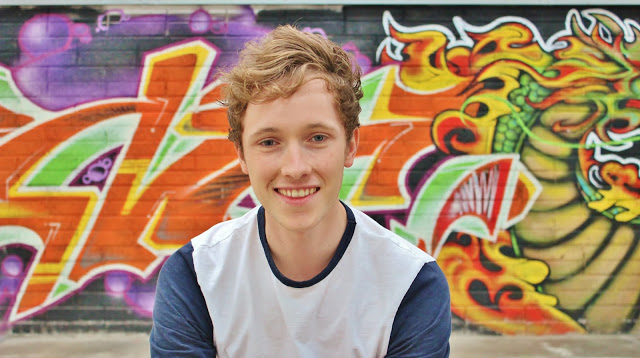 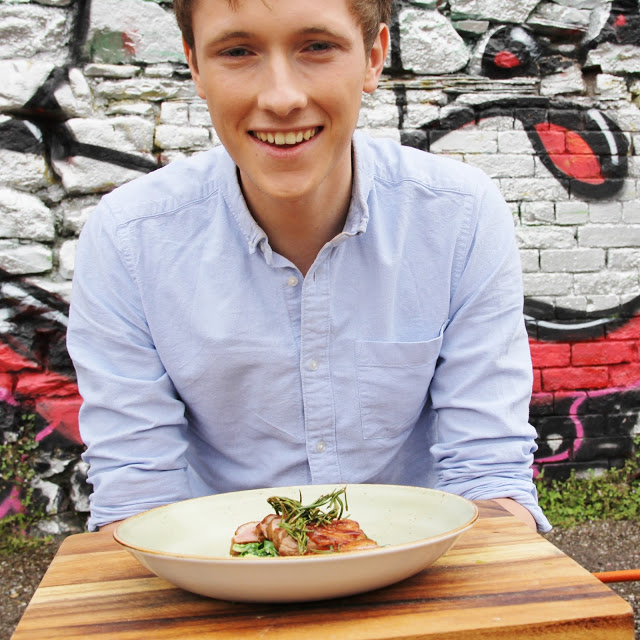 Chef Adrian a young Irish enthusiastic
chef (from Cavan) who is passionate about food and the marrying of the
skills of butchery and cookery.
He is employed in the capacity of ambassador for the Associated Craft
Butchers of Ireland.
Starting at a very young age, he trained in some of
Ireland’s most renowned restaurants including Mac Nean House (6 years)
and Bon Appetit (1year). He also holds a degree in culinary arts from
the School Of Tourism Killybegs. He now travel the country spending a week in the
local Craft Butcher, developing new product ideas, promoting the local
Craft Butcher through television and radio, introducing school kids to
their Craft Butcher shop, and conducting cookery demonstrations for
charities.
He also writes weekly and monthly columns for
Woman’s Way Cookbook, Food For Thought and Woman’s Way Magazine.
His very own tv show “Chef Adrian the Craft Butcher Chef” has been
aired each week with 6 episodes in December 2014 and January 2015 on
Sky 191 and Free Sat 400 and is been repeated every week on Mondays and Fridays.
He also has a “Pop Up Cookery School”
where people and students can learn hands on cooking lessons popping
up in local events rooms and halls around the country.
He appears every week on TV3’s Late Lunch Live which now has changed to the Seven O Clock Show where he cooks with a
Celebrity guest and promote what events are coming up in the week. The show is hosted by Lucy Kennedy and Martin King. In May 2015 Adrian took his place in the Guinness Book of Records for the worlds largest potato pancake as part of Coeliac Awareness Week.
Adrian has been voted by Joe.ie in the top 15 rising stars of 2015.

We use cookies on our website to give you the most relevant experience by remembering your preferences and repeat visits. By clicking “Accept”, you consent to the use of ALL the cookies.
Cookie settingsACCEPT
Manage consent

This website uses cookies to improve your experience while you navigate through the website. Out of these, the cookies that are categorized as necessary are stored on your browser as they are essential for the working of basic functionalities of the website. We also use third-party cookies that help us analyze and understand how you use this website. These cookies will be stored in your browser only with your consent. You also have the option to opt-out of these cookies. But opting out of some of these cookies may affect your browsing experience.
Necessary Always Enabled
Necessary cookies are absolutely essential for the website to function properly. This category only includes cookies that ensures basic functionalities and security features of the website. These cookies do not store any personal information.
Non-necessary
Any cookies that may not be particularly necessary for the website to function and is used specifically to collect user personal data via analytics, ads, other embedded contents are termed as non-necessary cookies. It is mandatory to procure user consent prior to running these cookies on your website.
SAVE & ACCEPT